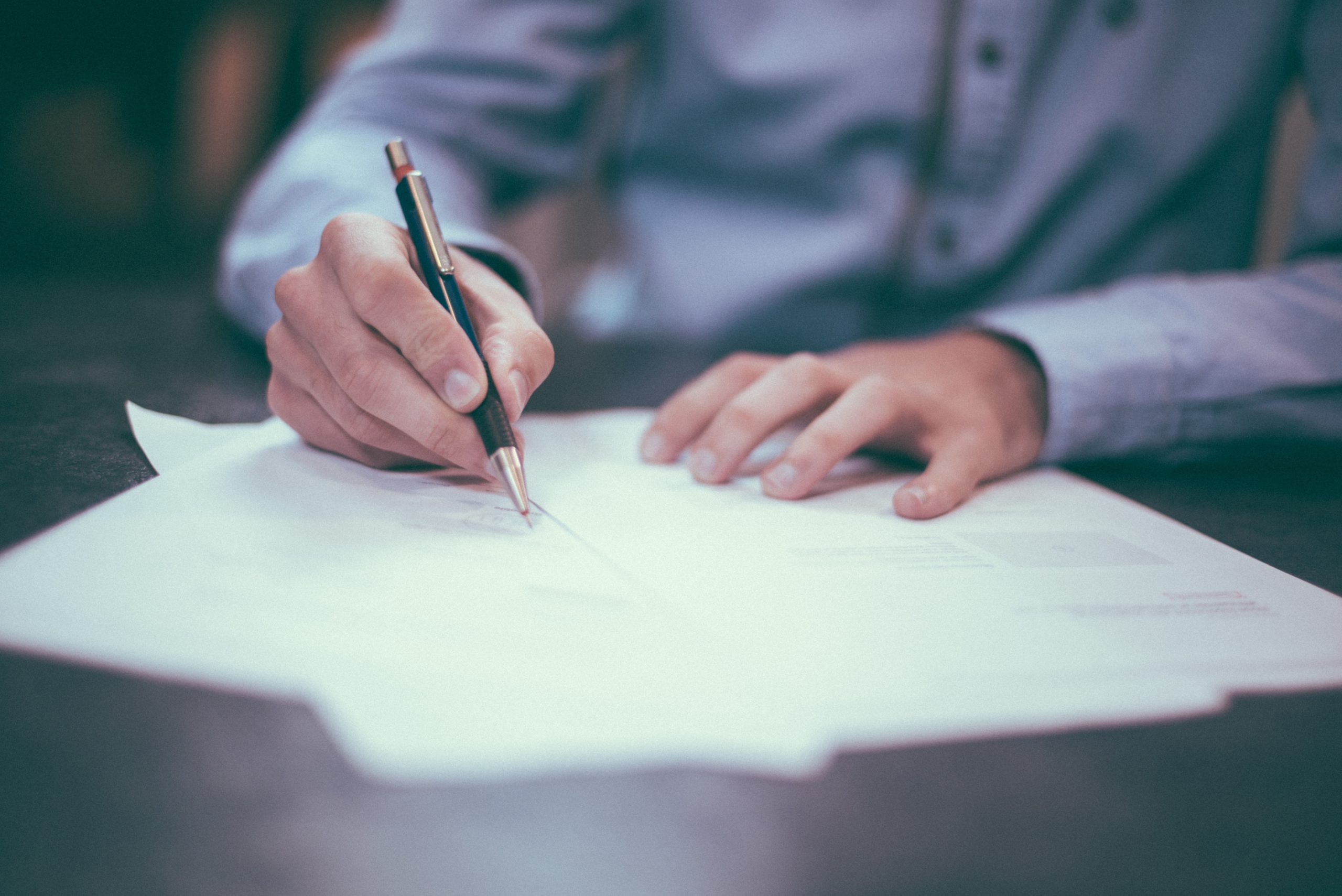 I’m a human resources assistant in a large company John works in the logistics department. John is due to be made into a permanent employee of the company so we’re discussing the new contract.

Dave) Hello John, Nice to see you again. Come and take a seat. John) Thanks.
Dave) I take it you had a look through the contract I sent you yesterday. John) Yes, I did have a look and I do have a few questions.
Dave) Alright. Let’s start with the basics and then we’ll work out any details at the end. John) OK. Great.
Dave) You’ve already had two six month contracts with us and as you know we’ve been very happy with your work over the last 12 months and we’d like to take you on as a permanent

employee. As you can see we’ve also included a 5% pay rise which translates as an extra 1100 pounds which takes you up to 22000 pounds gross for your basic salary plus the same performance bonus as you’ve had up to now. How does that sound?
John) The pay rise is very much welcome… and the job security of being taken on permanently is great.
Dave) Fantastic. As you probably know there is a yearly pay review but in practise we almost always stick to a 5% to 15% pay rise every 3 years worked depending on your performance, but also taking into account rates of inflation and the performance of the company as a whole. John) Sounds fine.
Dave) You also have the option of contributing to our pension fund. It does work out very well and you can discuss that further with Susan when we’ve finished here… You had some questions for me.
John) As you know I have 2 small children and I was wondering if you were open to the possibility of flexitime or a reduced timetable compared to what I’ve been doing over the last 12 months. I am very happy with the my position and the workload but you know the 6 o’clock finish means we need to have the kids in private childcare for 9 hours per day.
Dave) We do try to work around family commitments as long as it doesn’t interfere with productivity or communication. I’ll have to consult with your team leader… That’s.. erm… Steve Goldsmith. And it would obviously mean a pay cut for you. Your timetable now is from 9.00 to
6.00 with 1 hour for lunch Monday to Thursday and 9.00 to 4 on a Friday. A total of 38 hours, is that right?
John) Yep.

Dave) Just so we’re clear; Tell me what your ideal timetable would be and then we can work from there.

John) Ideally I’d start earlier – Let’s say 8 o´clock and I’d finish at 3 with just half an hour for lunch. And I could do that from Monday to Friday. That would give me 32 and a half hours per week. Could that be feasible?
Dave) Legally you have to have at least 45 minutes lunch break When you work over 4.5 hours straight so we’d have to stretch your finish time out to 3.15.
John) That wouldn’t be a problem.

Dave) Let me talk to Steve and the management team and we’ll get back to you. Are you sure you’d be happy to take that pay cut?
John) My wife works long hours too so we have to find a balance and also the cost of childcare is so high, it really wouldn’t mean much of a pay cut when you take into account the savings if I pick them up at 3.30 or 4.
Dave) OK. We still have until next Wednesday to sign the new contract so let’s leave it there for now. We haven’t discussed holidays yet. You’re entitled to 22 days a year but you need to discuss holiday dates with Steve as we can’t guarantee your holidays will fall during the school holidays.
John) I understand that. I was the same this year.

Dave) Right. I’ll be in touch later this week about the reduced timetable. Thanks again for coming in.
John) Right see you later. Dave) Bye.

I take it you had a look through the contract

we’d like to take you on as a permanent employee